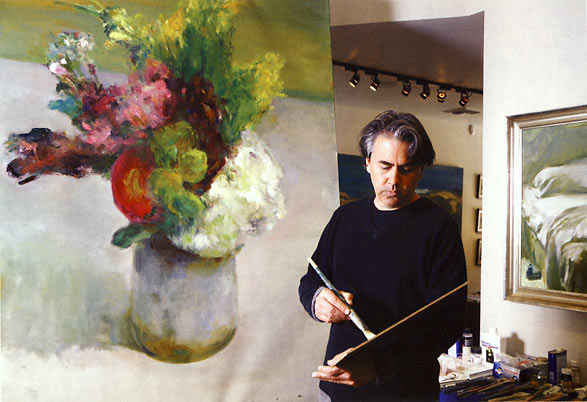 The paintings of Marc Whitney capture the private, visual experiences that define our daily lives and validate moments that matter; a morning cup of coffee, the rumpled sheets across a bed, a simple vase of flowers on a table, a beautiful view, Marc considers his paintings poetic.

Whitney began his formal art education at age 14, when he received a summer scholarship to what is now the Laguna College of Art & Design, in Laguna Beach, California. Inspired by both the integrity and emotion inherent in realism, he went on to invest a decade in intensive classical training including the prestigious Pennsylvania Academy of Fine Arts in Philadelphia, Pennsylvania.

Since his return to southern California, both collectors and artists have acknowledged him as one of the region’s most talented painters of the Classical Realist Tradition. His paintings hang in numerous permanent and private collections worldwide.